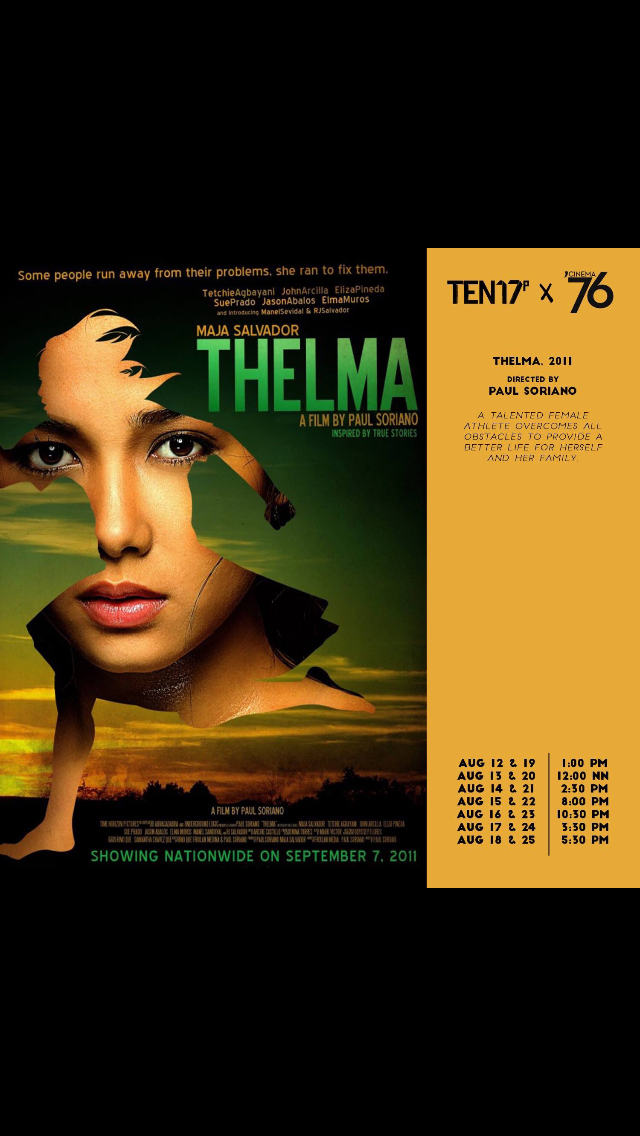 Cinema ’76 presents Thelma – the award winning film about the life of a simple lass from the province who soared to greater heights in the sport of running. Rewatch this cinema masterpiece, together with other film greats by Ten17P.

Until August 25, 2016 Cinema ’76 is giving you Paul Soriano’s THELMA under Time Horizon Pictures together with four of the finest films from TEN17P

Thelma is now on iFlix!